A lovely family dinner from a long time ago. This will be a largely pictorial post. I'm trying to collate food pictures from the past year in chronological order and my food memory just isn't what it used to be! 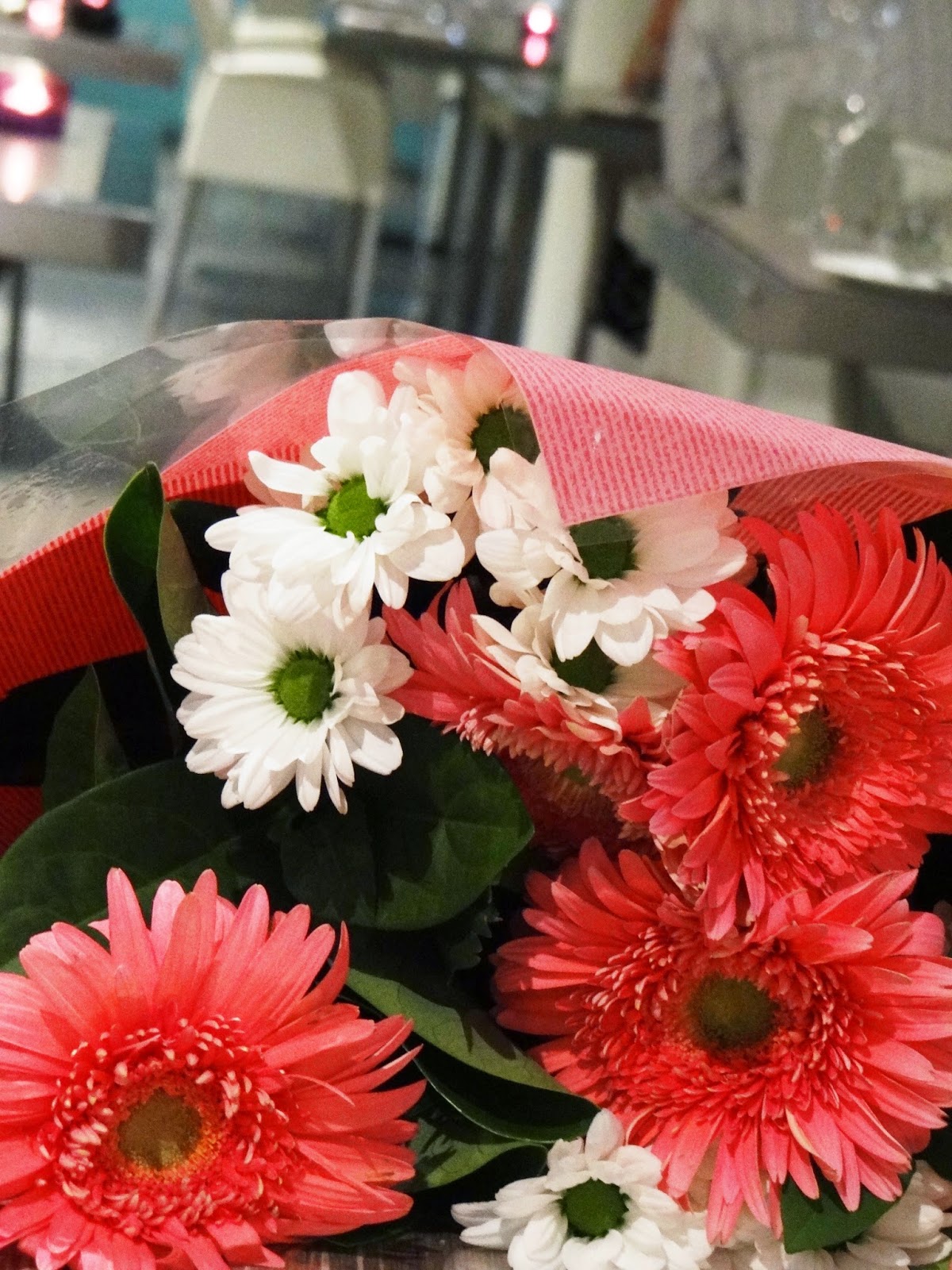 With all the new restaurants that are popping up across the CBD, Char is considered an oldie. I had heard of this well established restaurant being frequently mentioned as one of the top restaurants in Darwin, but given that we tend to make our rounds exclusively around Asian restaurants, this was our first visit. 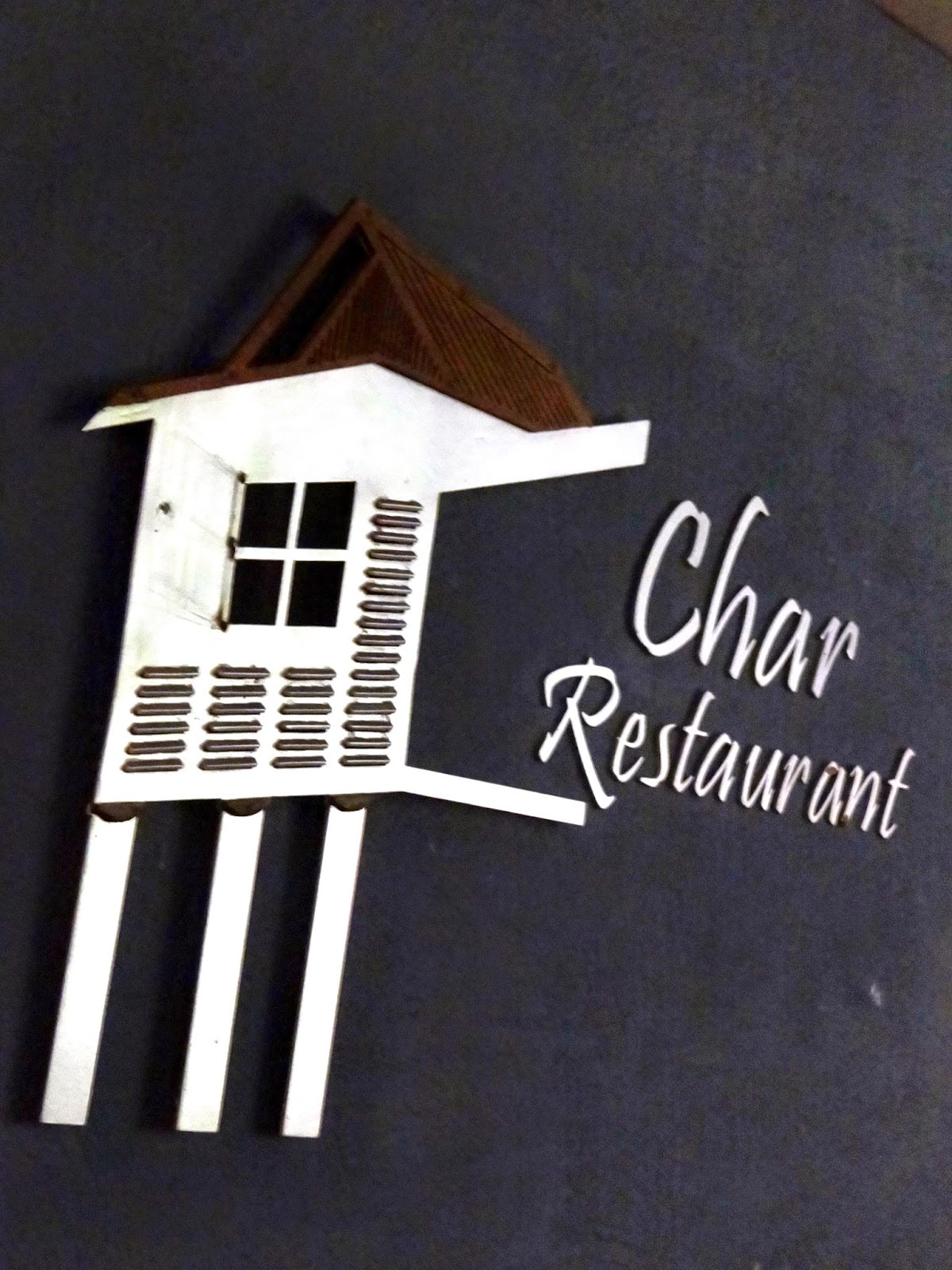 The story goes that Char is the sibling restaurant of Cha Cha Char (what a name!) and Jellyfish in Brisbane. Admiralty House, the building pictured on the above logo and where Char is situated now, used to belong to the naval officer commanding the region. After the bombing of Darwin and 1974 cyclone, this is one of the few old-style tropical elevated houses that remain. However, there are a cluster of similar looking houses within the nearby RAAF base and this architectural style is still widespread across towns in Queensland.

Location: 70 Esplanade, Darwin. Opposite the road to the entry point of Mitchell St carpark (see map).

Website: official website and urbanspoon reviews. Also Trip Advisor has over 500 user reviews! I'm not sure why the general public in Darwin tend to use Trip Advisor more often than urbanspoon for restaurant reviews. Just on a side-note, urbanspoon now belongs to Zomato, an Indian company which is looking to expand internationally. Hence the change in the logo and website layout. 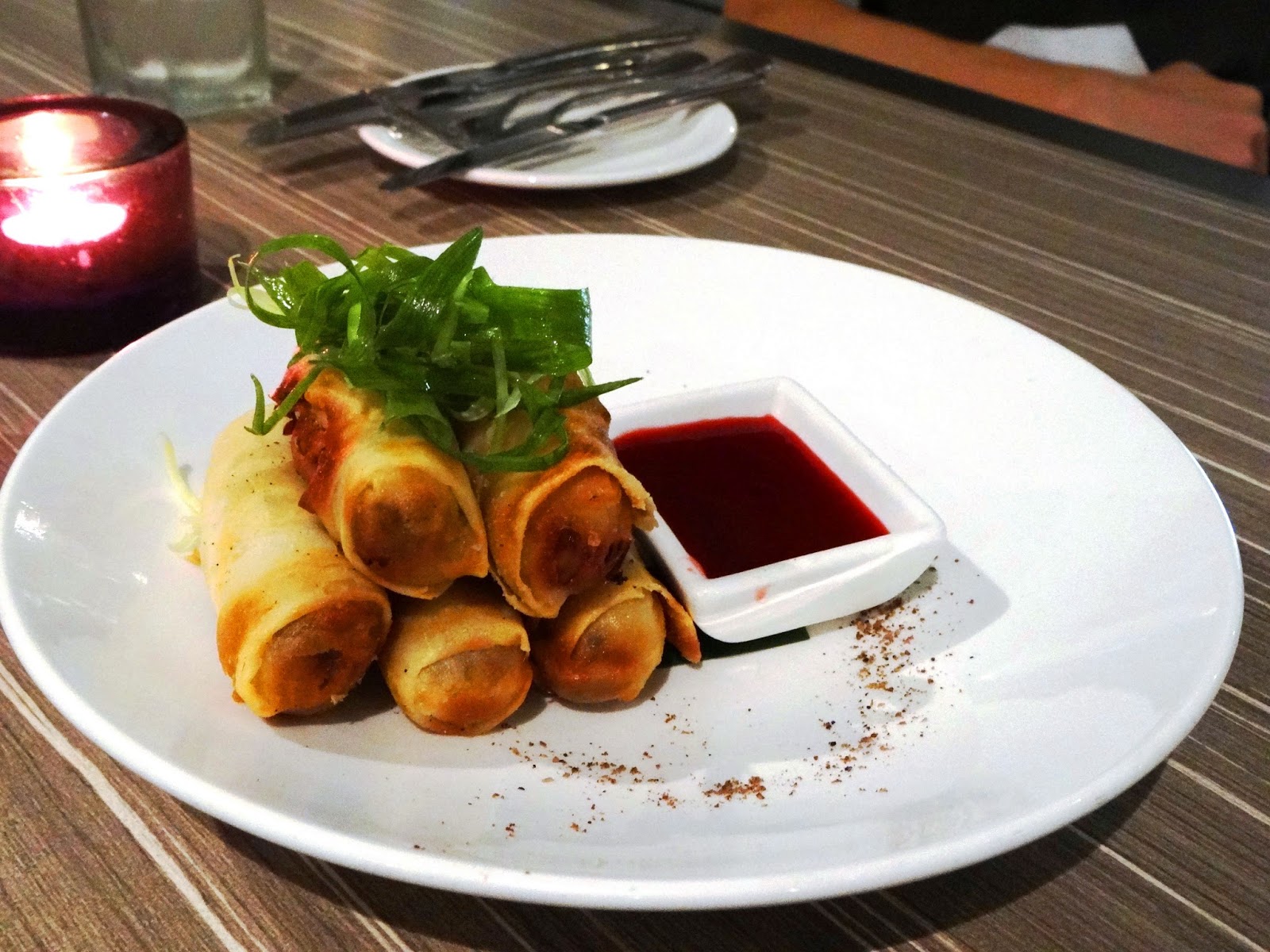 Spring rolls - a complimentary dish given to us by the chef. I assume it's the same as the item on the menu - "spring rolls of braised beef kaffir lime chilli & mustard fruits with ginger dipping sauce". 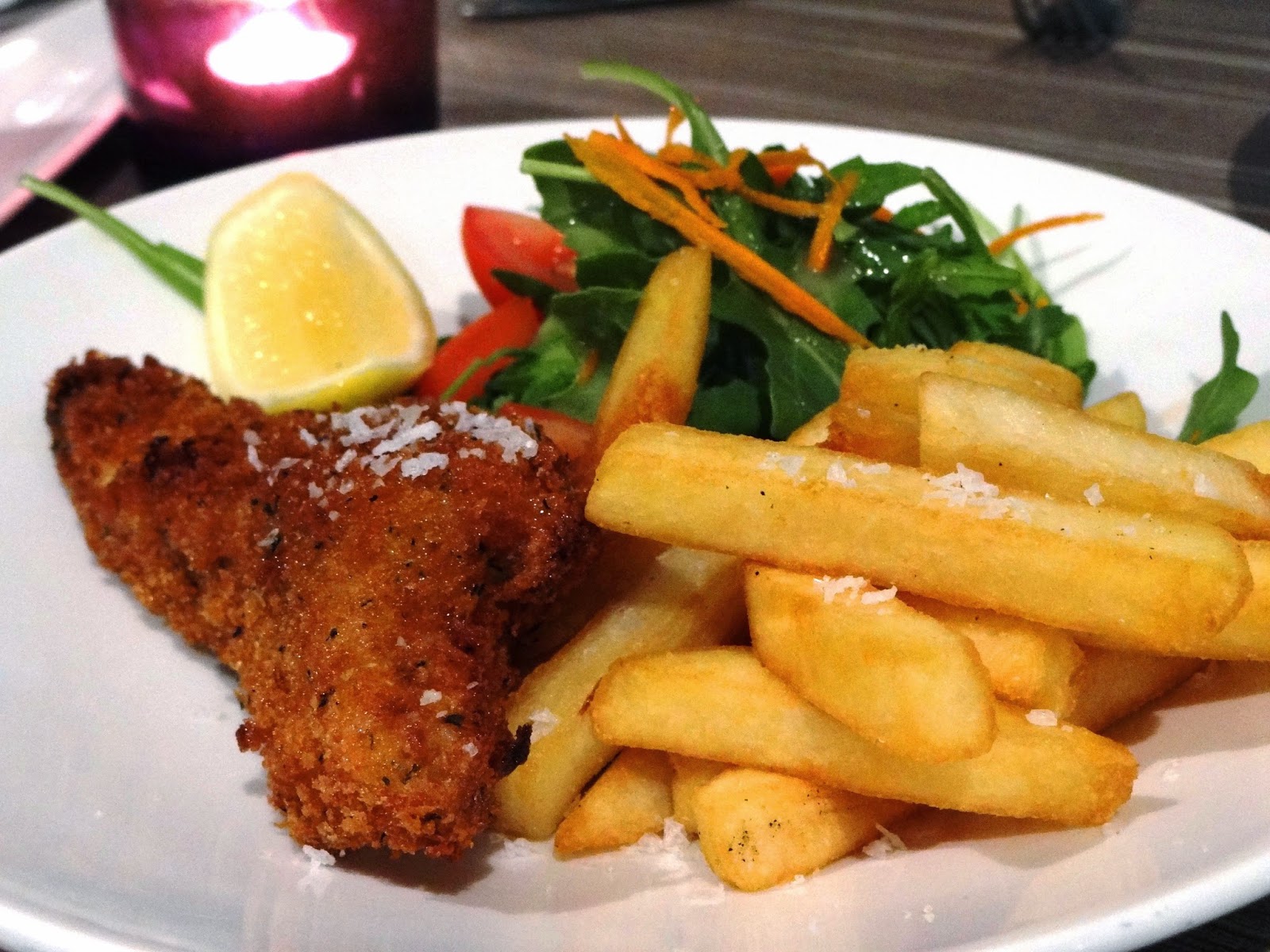 Fish and chips - on the kids menu for $10-15. I didn't pick at my sister's food but let me just say that rocket, or roquette for the pretentious, isn't the best salad leaf choice for children given almost universal dislike for its rather sharp and bitter taste. 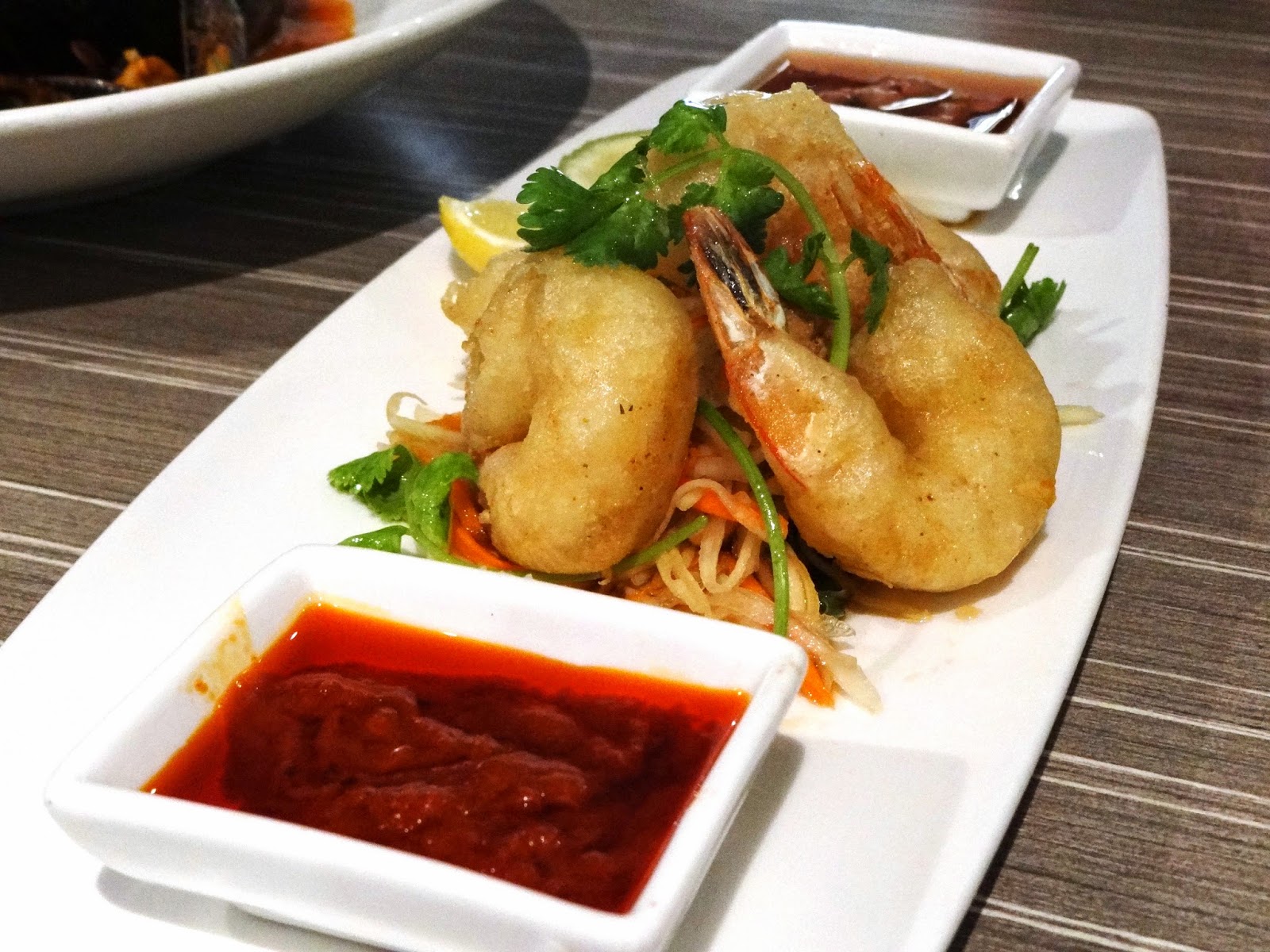 Tempura prawns - no longer on the menu, and a small entree for over $20! Char obviously has an Asian twist to its largely modern Australian menu. 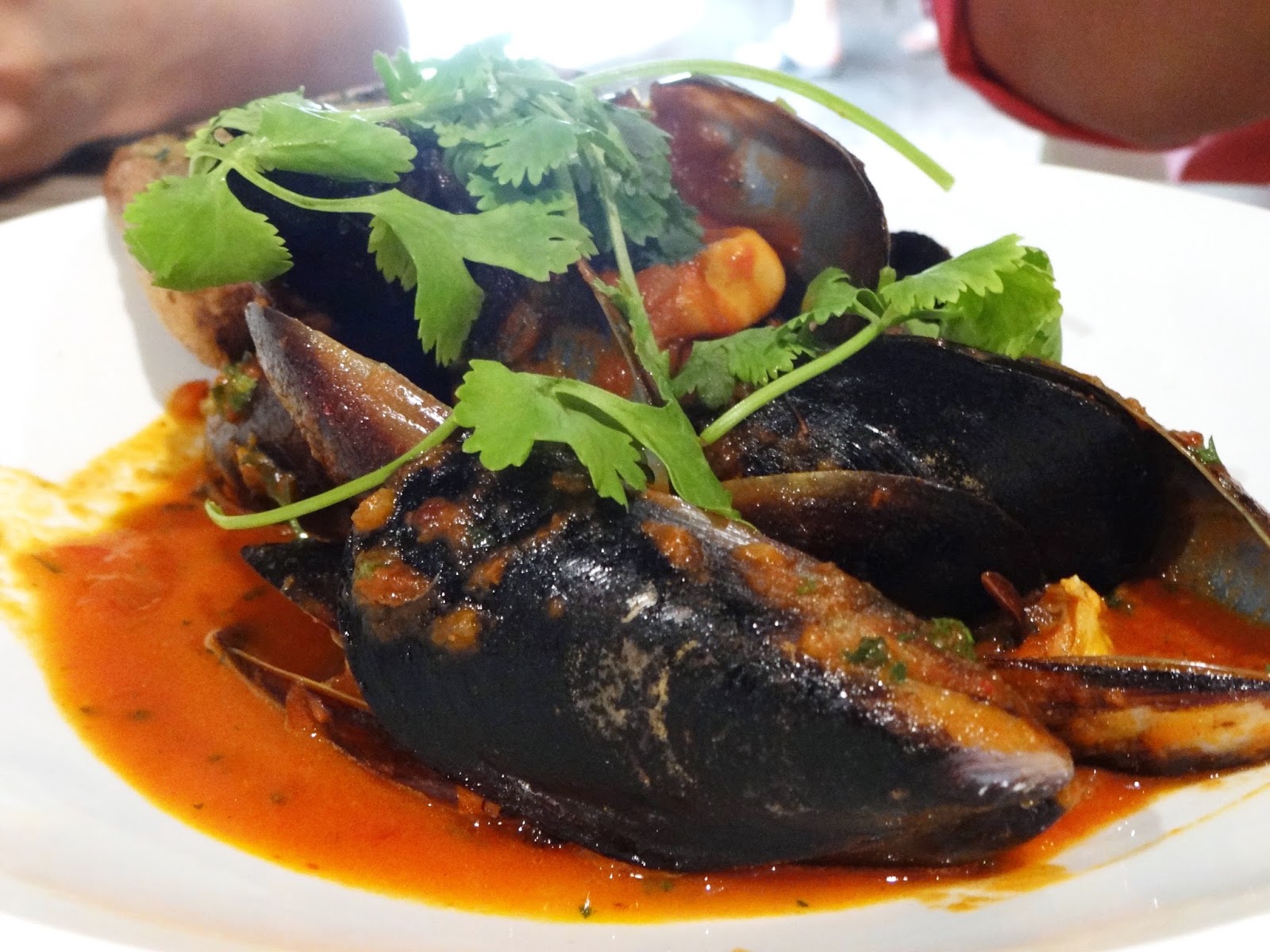 Mussels - fresh mussels deliciously prepared in a tomato and herb wine sauce. Unfortunately this favourite of mine is no longer available on the current entree menu either. 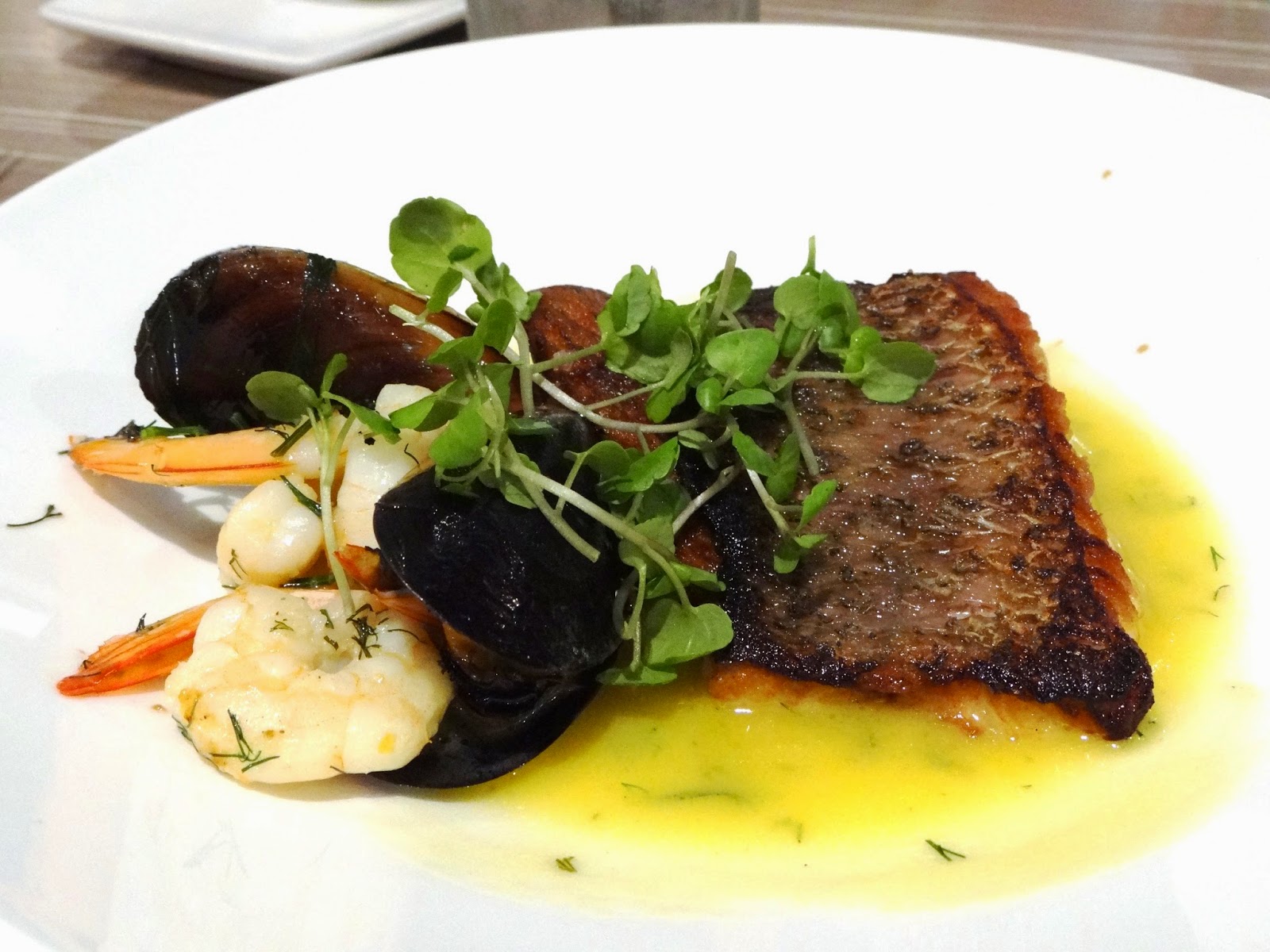 Pan seared barramundi fillet - with a butter sauce, prawns and mussels. This item has also been replaced on the menu. Barramundi happens to be a favourite fish of mine. It's versatile and has a soft texture that that remains so even if it's overcooked. "Barra" is also a popular local catch found in abundance across the Northern coasts of Australia. Fishing for barra in the Northern Territory appears to be a popular hobby, and I guess the size of the fish makes it an exciting and photogenic catch. 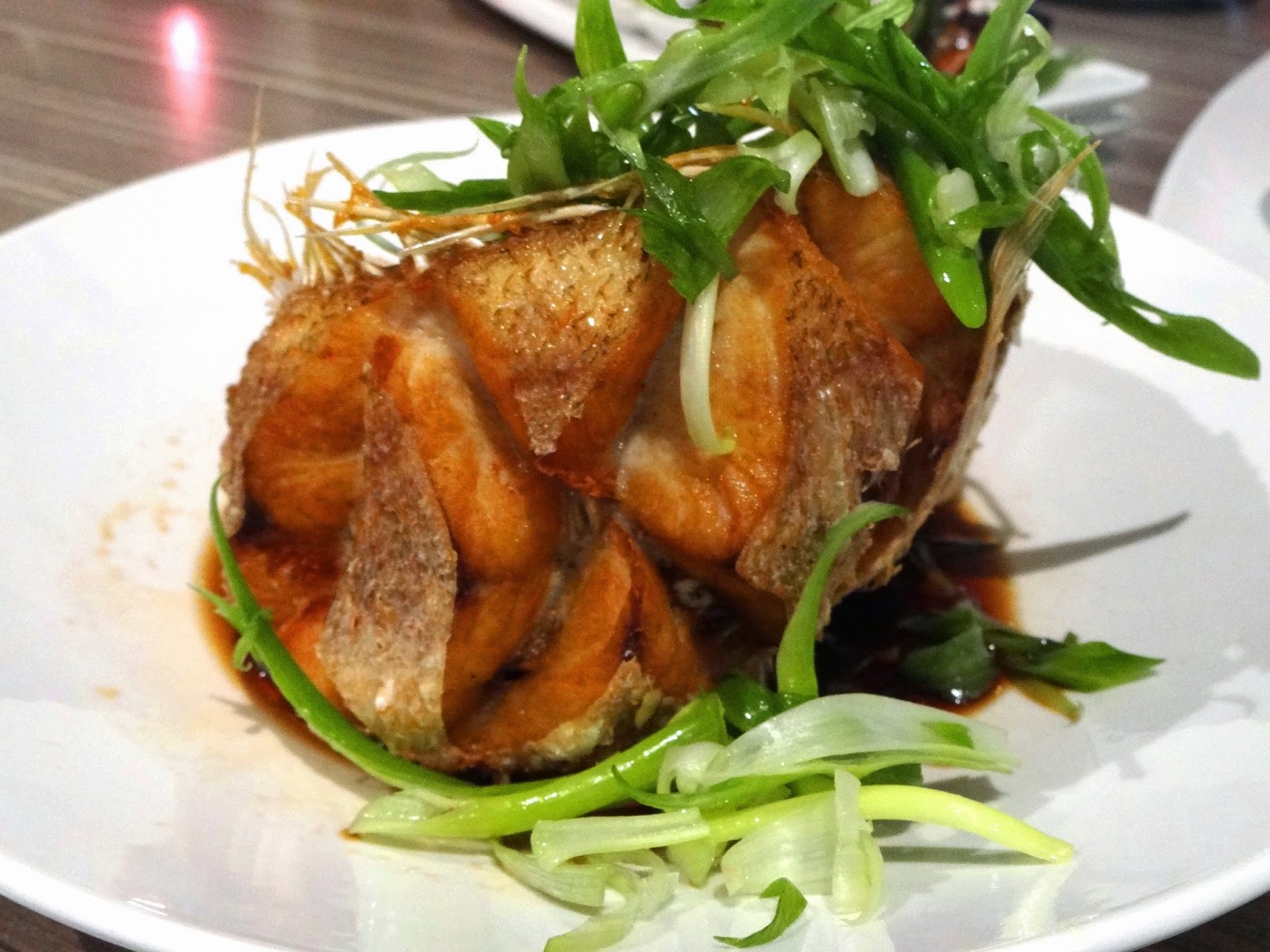 Whole fish of the day - "crispy fried with soy and spring onion". Definite Asian inspirations there too! 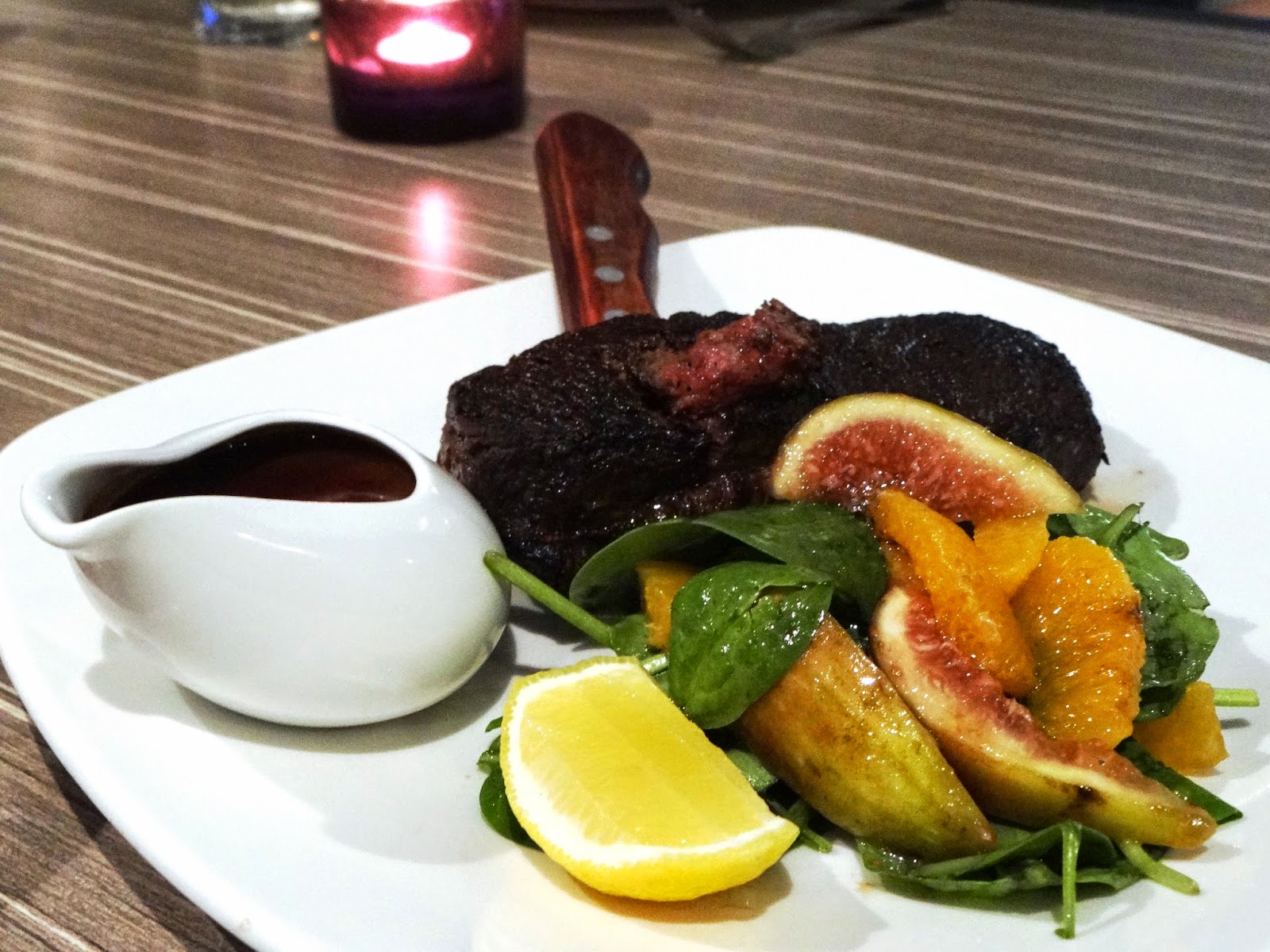 Wagyu steak - with orange and fig salad. I like Char for its interesting sides that goes beyond garden and Caesar salads. The steak looks charred (funny I know) here but was actually perfectly medium-rare - pink but no dripping blood. 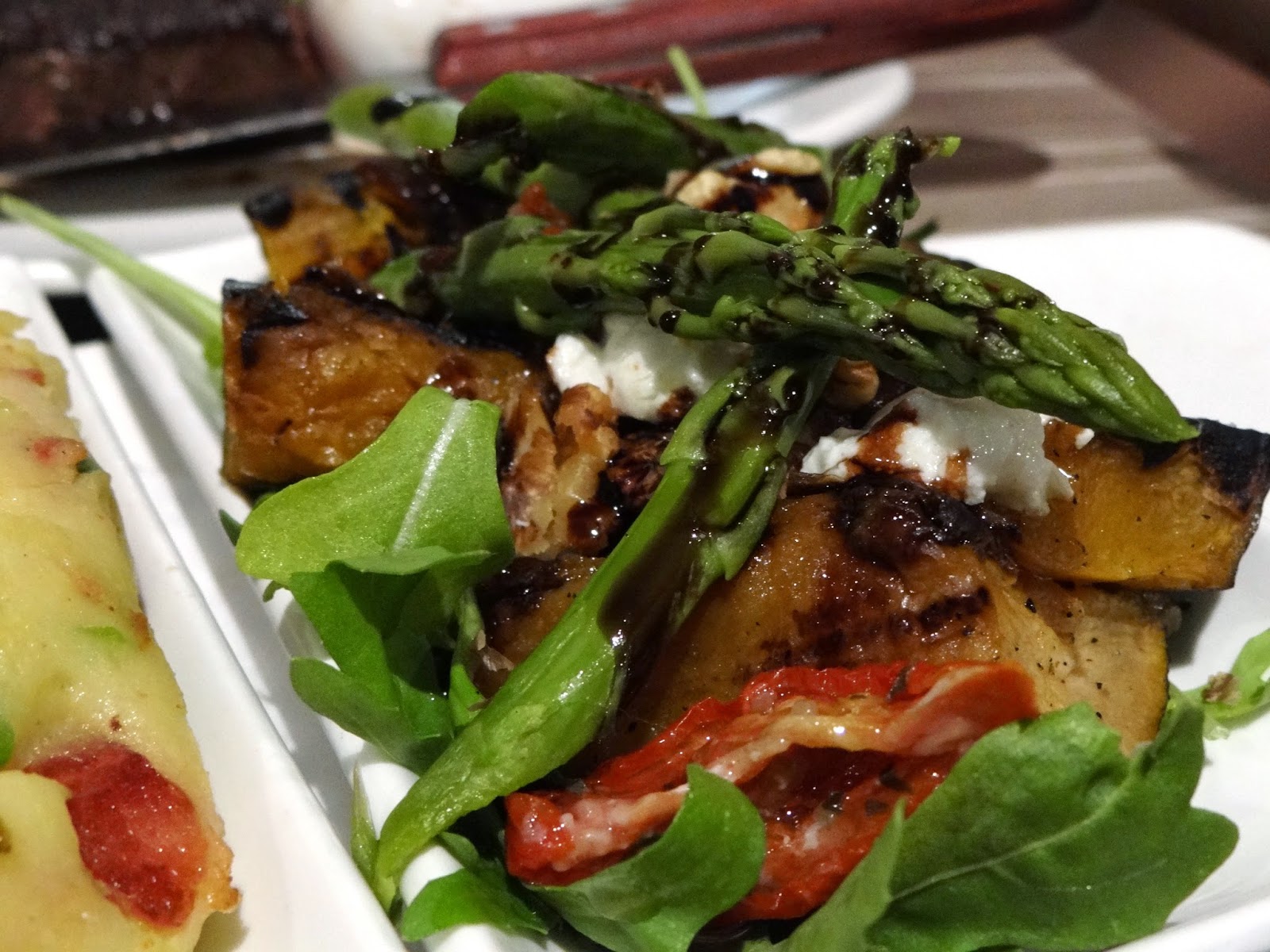 Other sides - you can just see the edge of a potato mash on the left, and roast vegetables on the right. 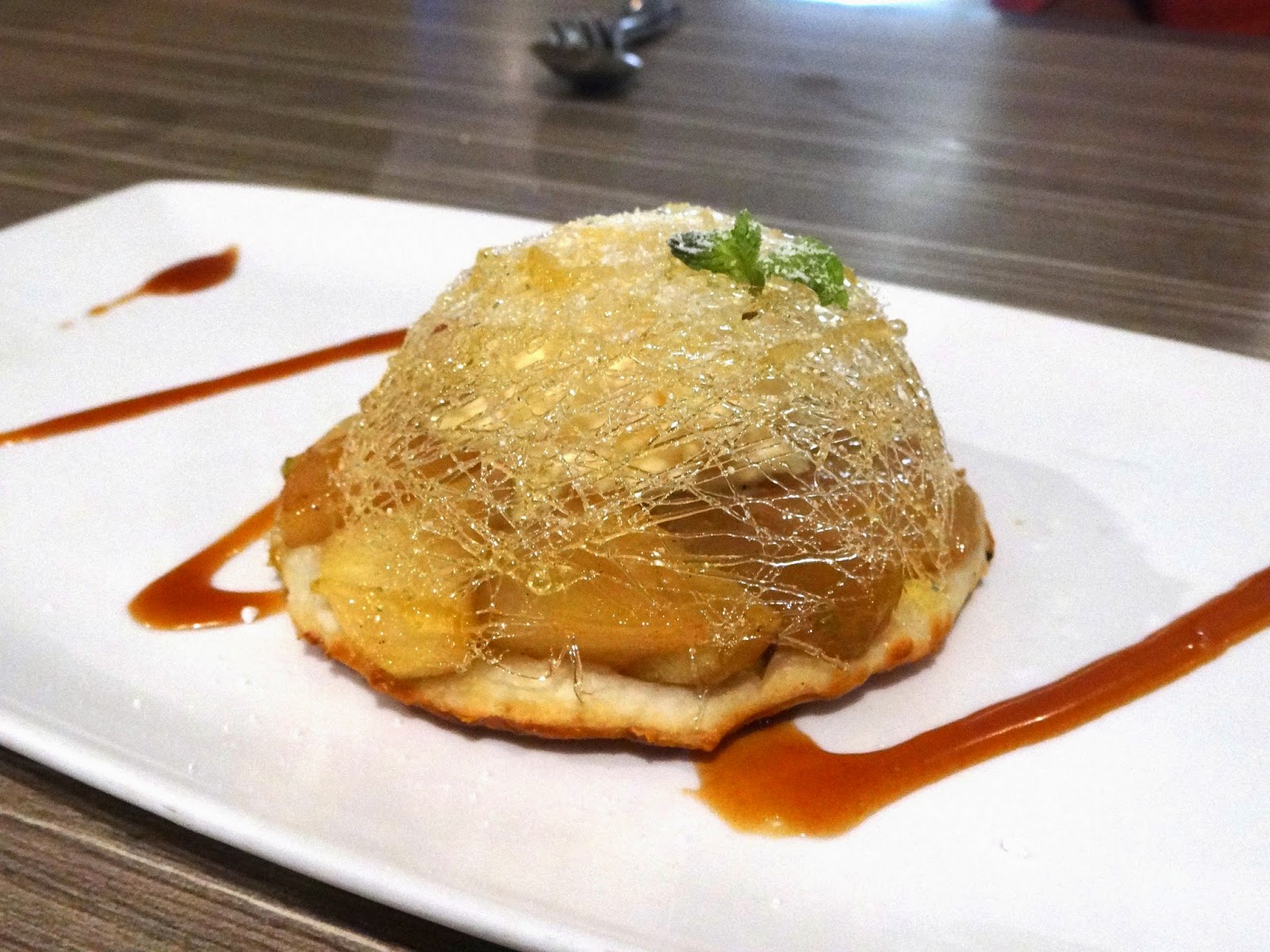 Other desserts - poached pear and banana "3 ways". You can see my descriptions getting briefer and briefer! 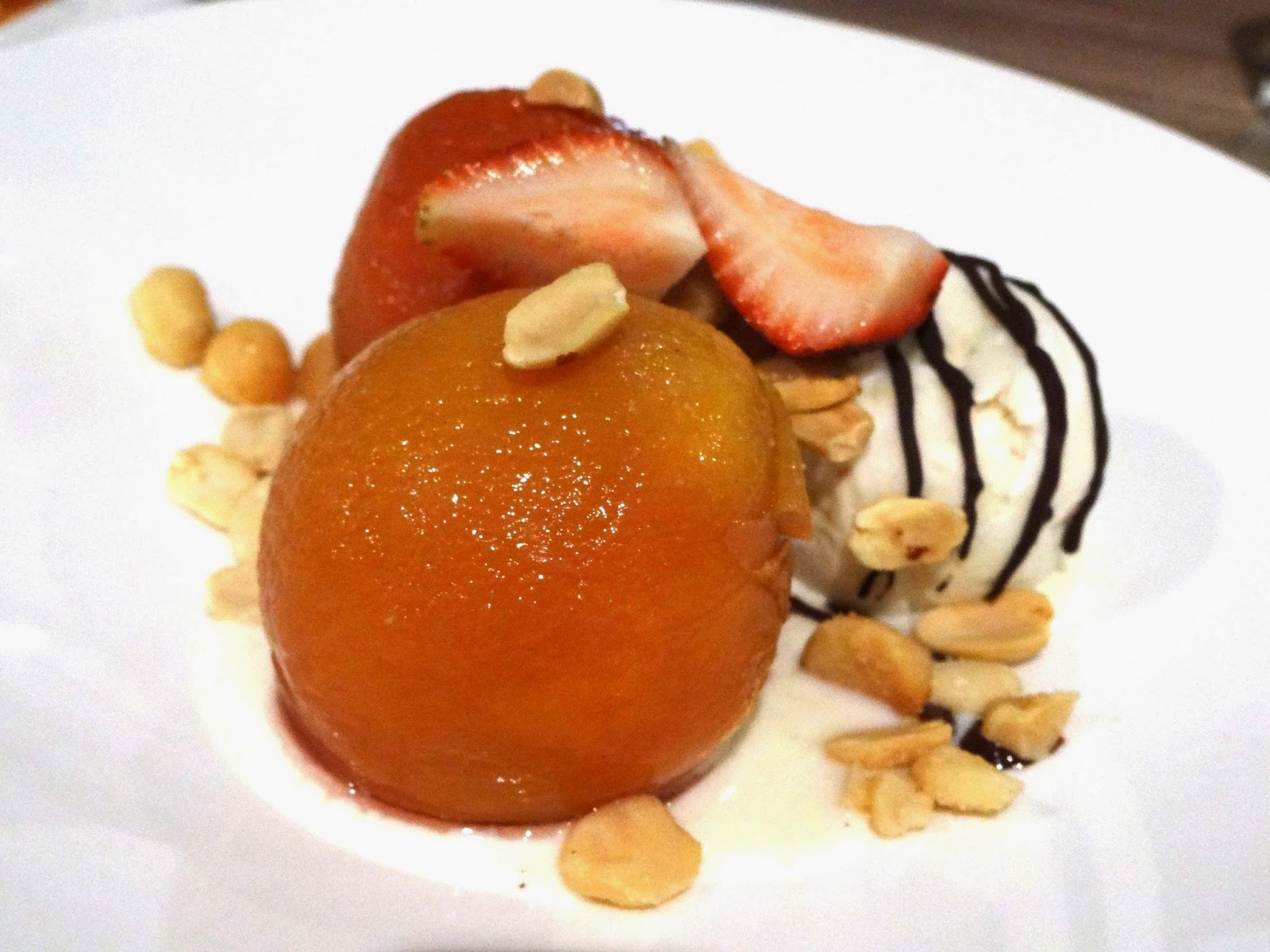 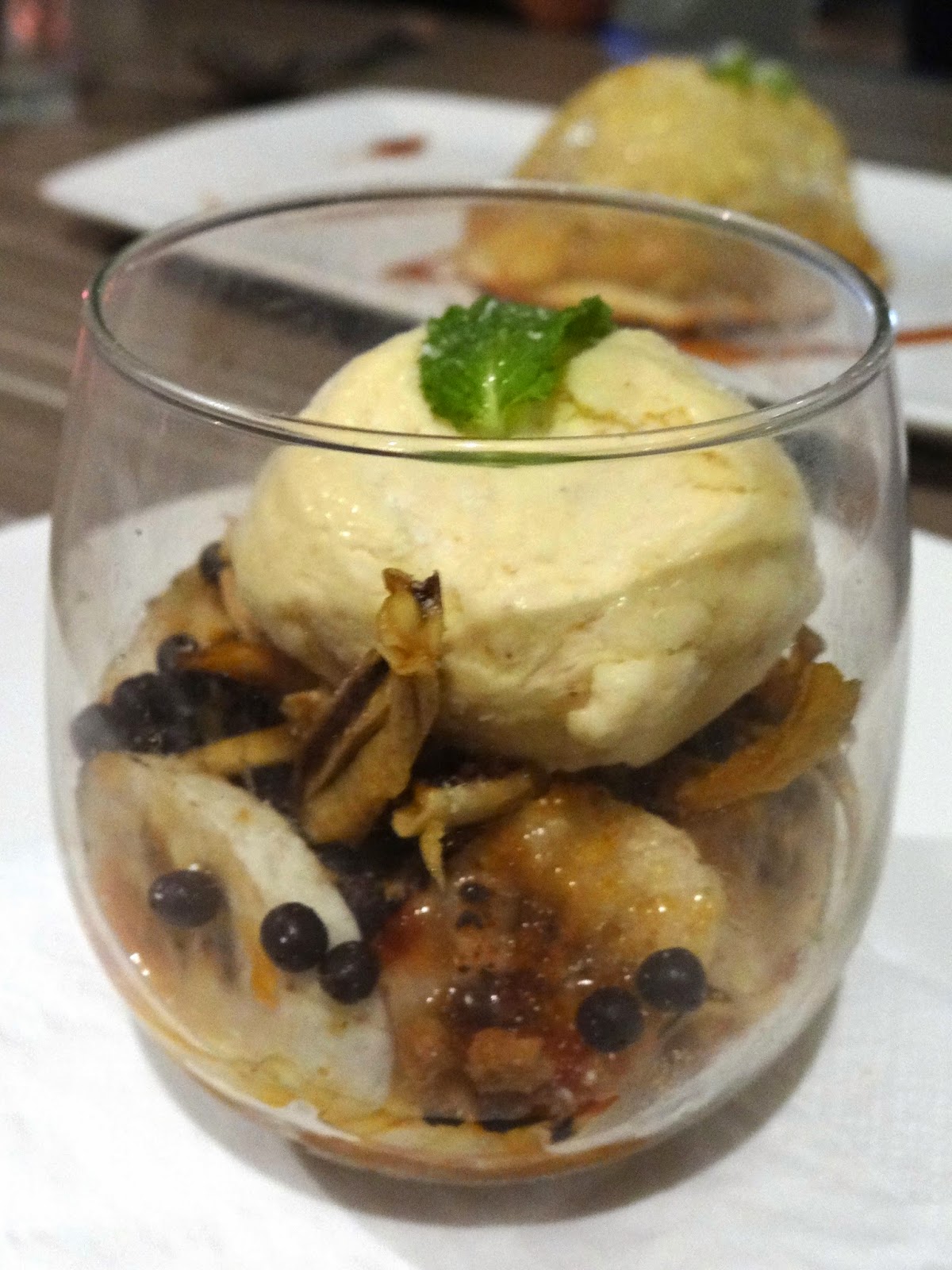 The interior design has a lot of white, making the restaurant have a sterile feel. Or clean feel, depending on your preference. There is also outdoor seating for a non wet season day! 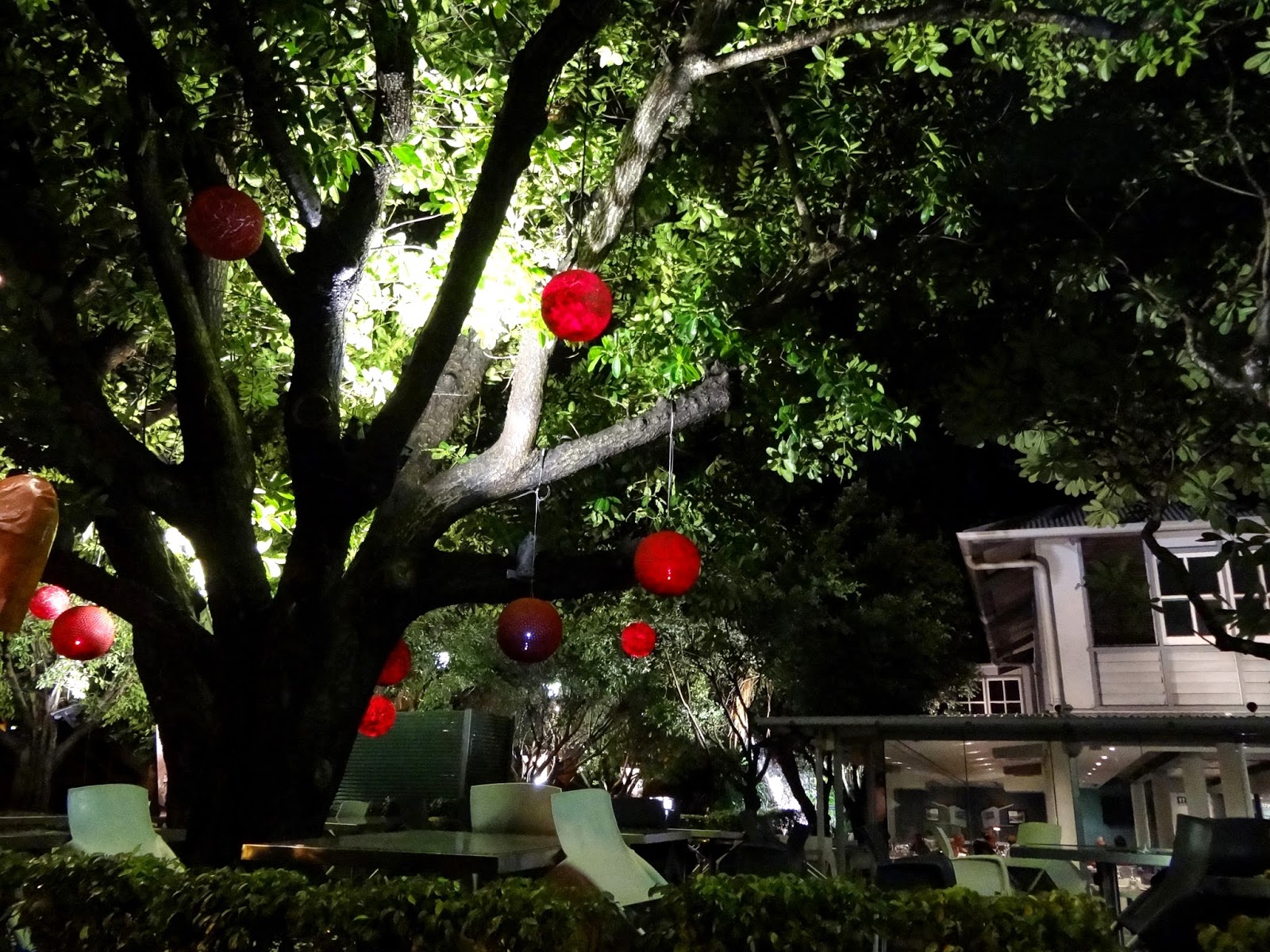 Rating: 4.5/5 given the price range we won't be frequenting this place. But Char will remain a favourite for special occasions. The restaurant has a solid reputation in Darwin and rightfully so - although known primarily for its steaks, Char certainly does seafood well too. Consistently fresh ingredients, thoughtful sides, and no overcooked meat!

Posted by bitingtravels at 12:23 AM