This is one from awhile ago!

Rapid Cafe is one of the rare cheap eats in the Northern suburbs, or indeed in the whole of Darwin itself, that is similar to stores you would expect to find in abundance in a place like Melbourne CBD. Takeaway or a quick sit down meal that doesn't involve fast food or some greasy Chinese takeaway store with non-Chinese dishes

Website: there is a basic Facebook page, and several urbanspoon reviews. There are also a few blog reviews at Darwin Foodies and Discovering Darwin.

Price: entrees for ~$5 with almost all mains at $12. The same prices for dine in and takeaway. See menu here or below. I like visual menus. 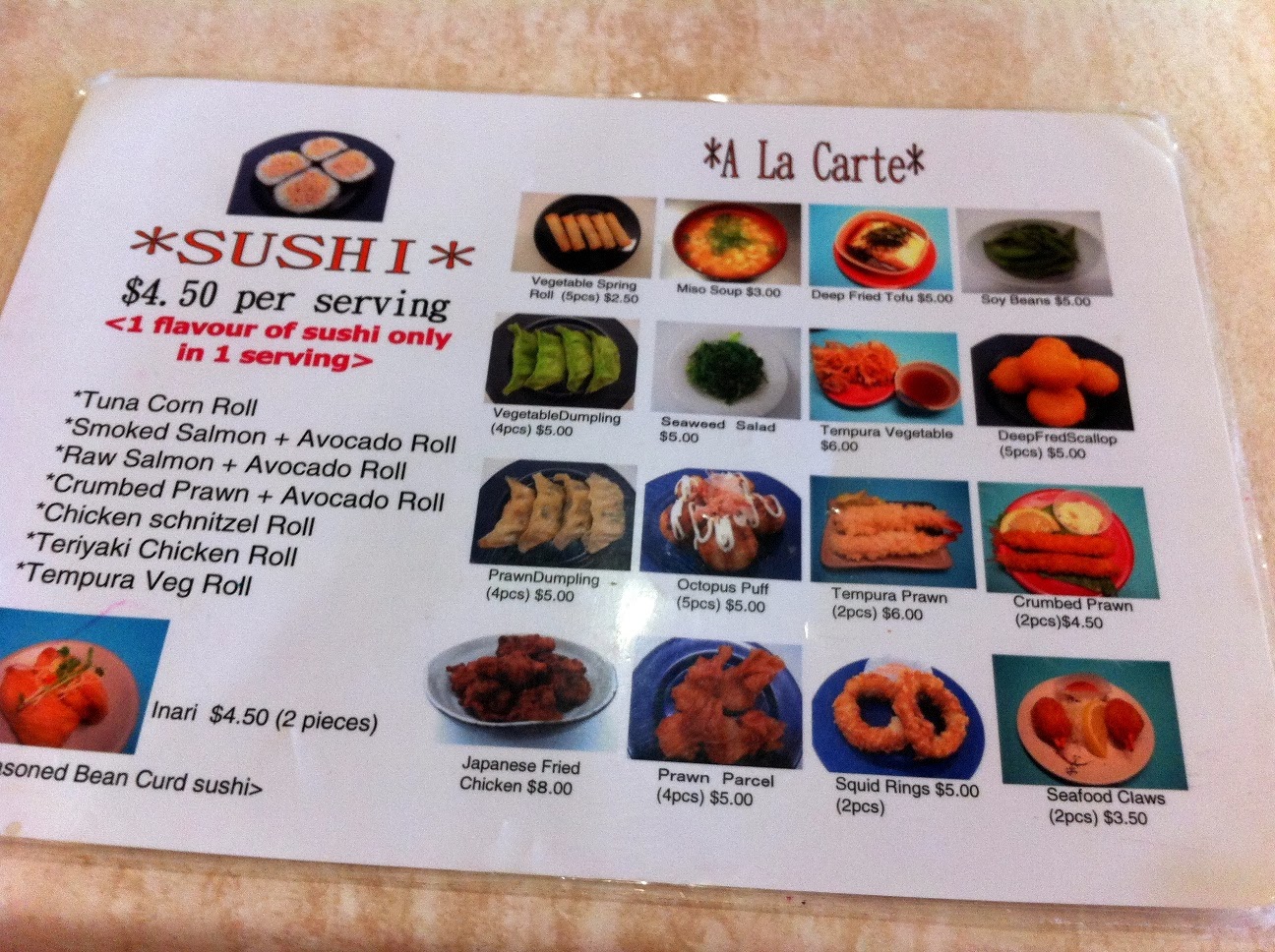 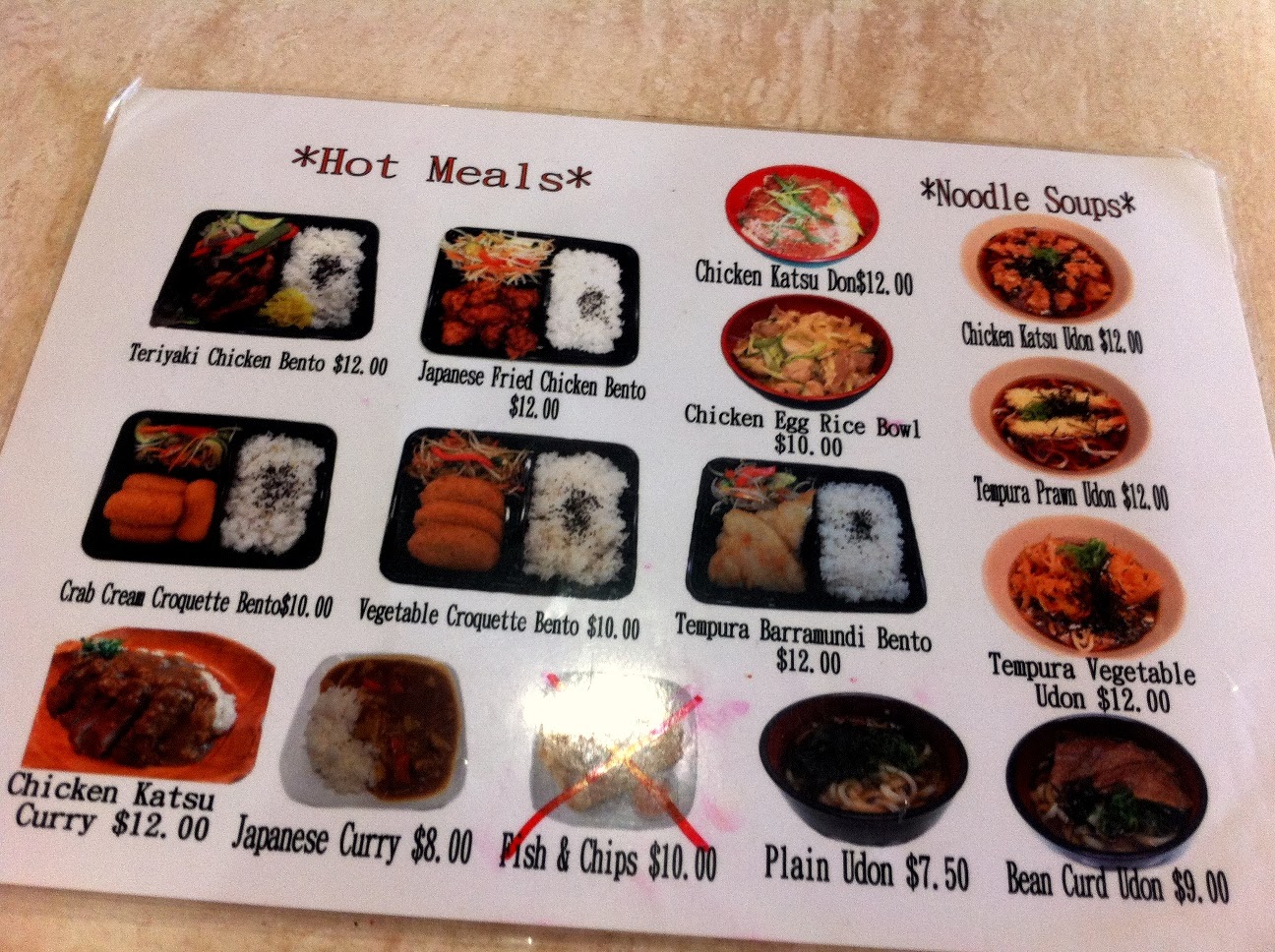 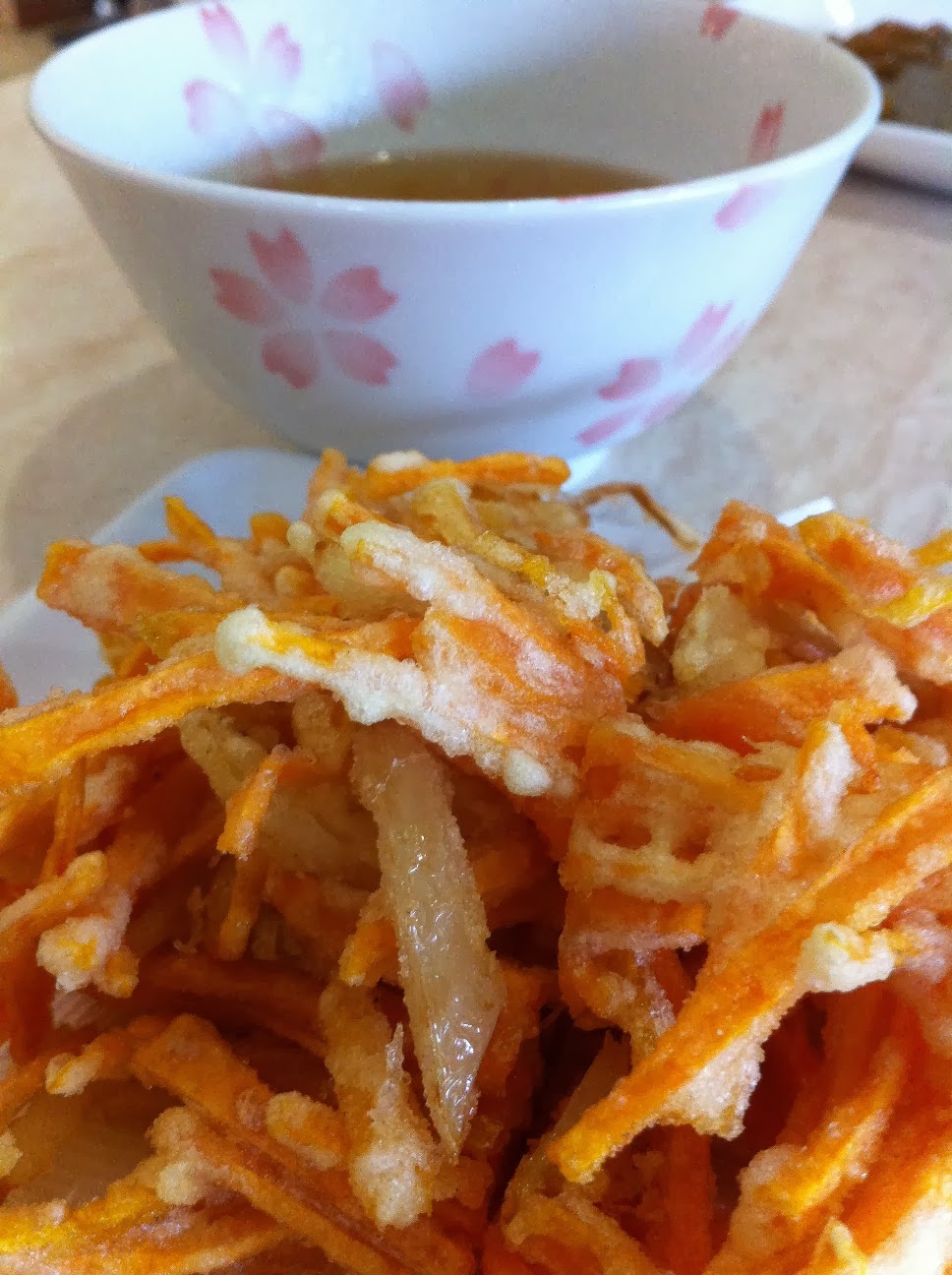 Vegetable tempura - consisting of mostly sweet potato. It was well made, crispy but not too oily, with a batter that wasn't too heavy or overdone. But the dipping sauce was too watery and made the dish rather bland, because the batter wasn't salty either. Takoyaki - takoyaki is a street snack I happily discovered whilst on a trip to Japan. Tako means octopus and yaki means grilled - so these are grilled flour balls with small bits of octopus, topped with Japanese mayonnaise, bonito flakes and takoyaki sauce which can be substituted by BBQ or Worcheshire sauce if you're cooking yourself. Bonito flakes on food fascinates me because as they always look like they're moving as they soak up the sauce that they're sprinkled on. Unlike tempura, takoyaki is one of those happy dishes that seem to be made well in most restaurants, and Rapid Cafe was no exception. Hot and fresh, with just the right amount of sauce. Similar to that of Bar Zushi in Casuarina.
﻿ Japanese curry - sorry, Japanese curry never looks visually appealing. It's also incredibly easy to make yourself with solid cubes of instant curry sauce that can be bought at most regular supermarkets. The chicken katsu add on for $4 is worth it. 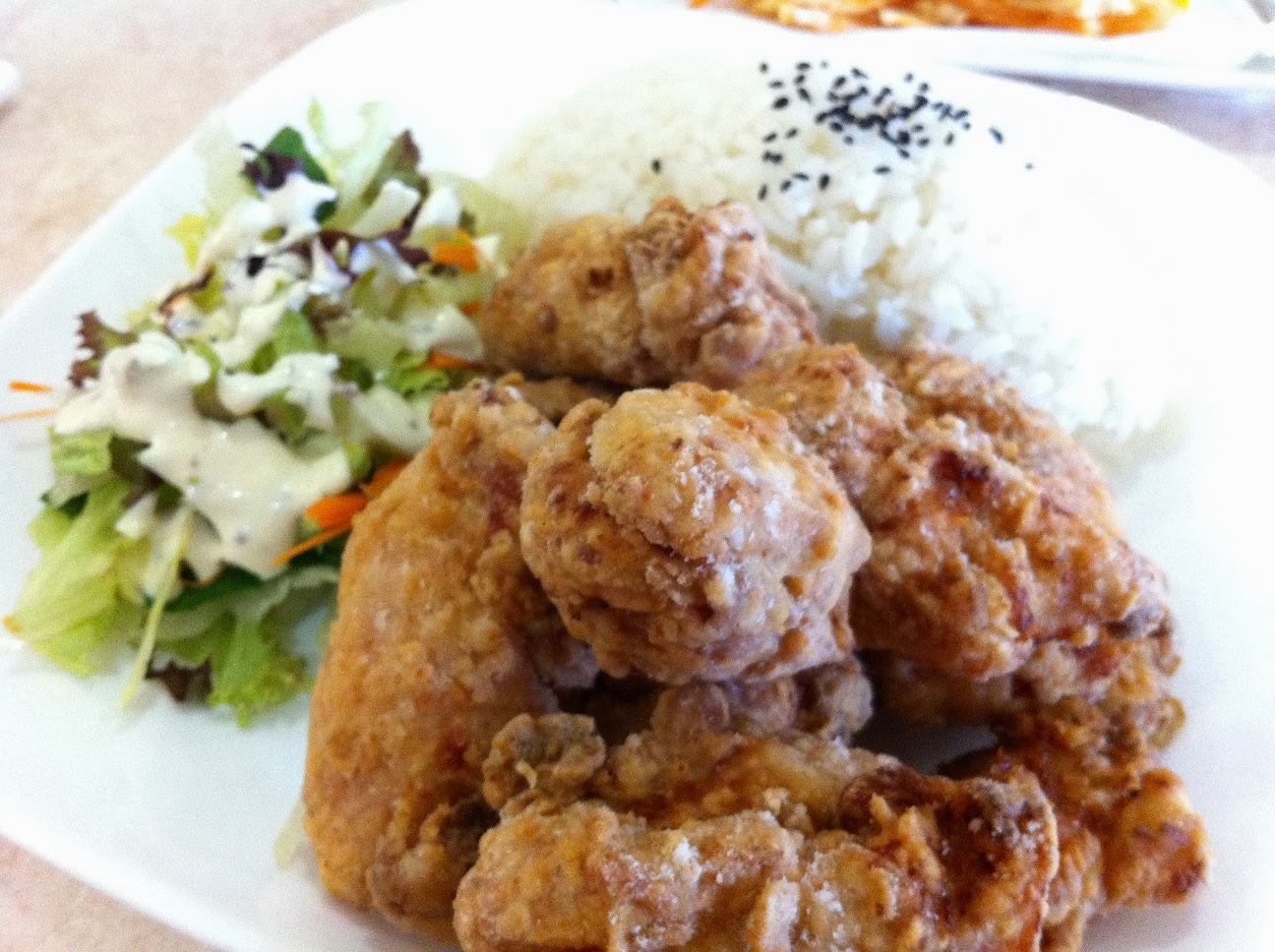 Japanese fried chicken bento - chicken karaage, garden salad with Japanese mayonnaise and rice. I might have a thing for crispy fried chicken. In Melbourne I frequented Rose Garden for their spicy chicken ribs and I found an adequate replacement for my time in Darwin. This dish had good portions of juicy chicken, with crispy batter that doesn't leave you with the unpleasant after-taste that comes with KFC fried chicken. My only critique here was that there didn't seem to have been much salt in the batter, but that was easily fixed with a sprinkle of soy sauce.

Teriyaki chicken bento - no photo here but this is my favourite out of all the dishes at Rapid Cafe. It's nothing like what you would expect from teriyaki chicken. In fact, it looks similar to the dish above (ie. another deep fried chicken dish) but with a lighter and sweeter batter. 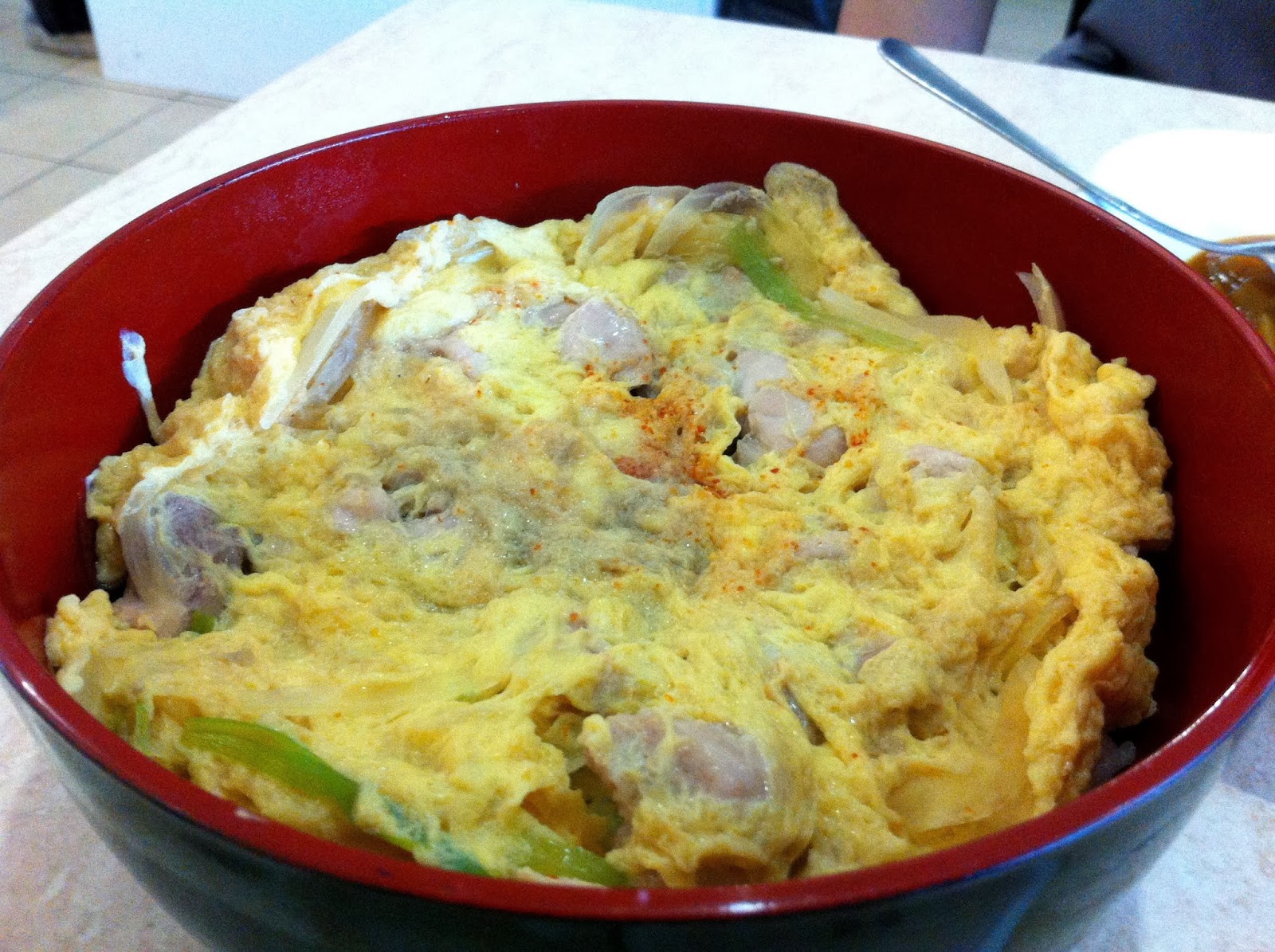 Chicken egg rice bowel - also known as oyakodon. It's strange how many restaurants give Japanese names to their not-very-Japanese dishes whilst Rapid Cafe uses English names of Japanese dishes but does them quite well. This tasted like something you might find at home, with less salt and less oil.

Variety of sushi rolls - not recommended. The sushi aren't particularly fresh, the fillings are scant, and the price is double to what you might find in Darwin CBD. The place to go for sushi with fresh seafood in Darwin is Mr Sushi, which is just adjacent to the mall. 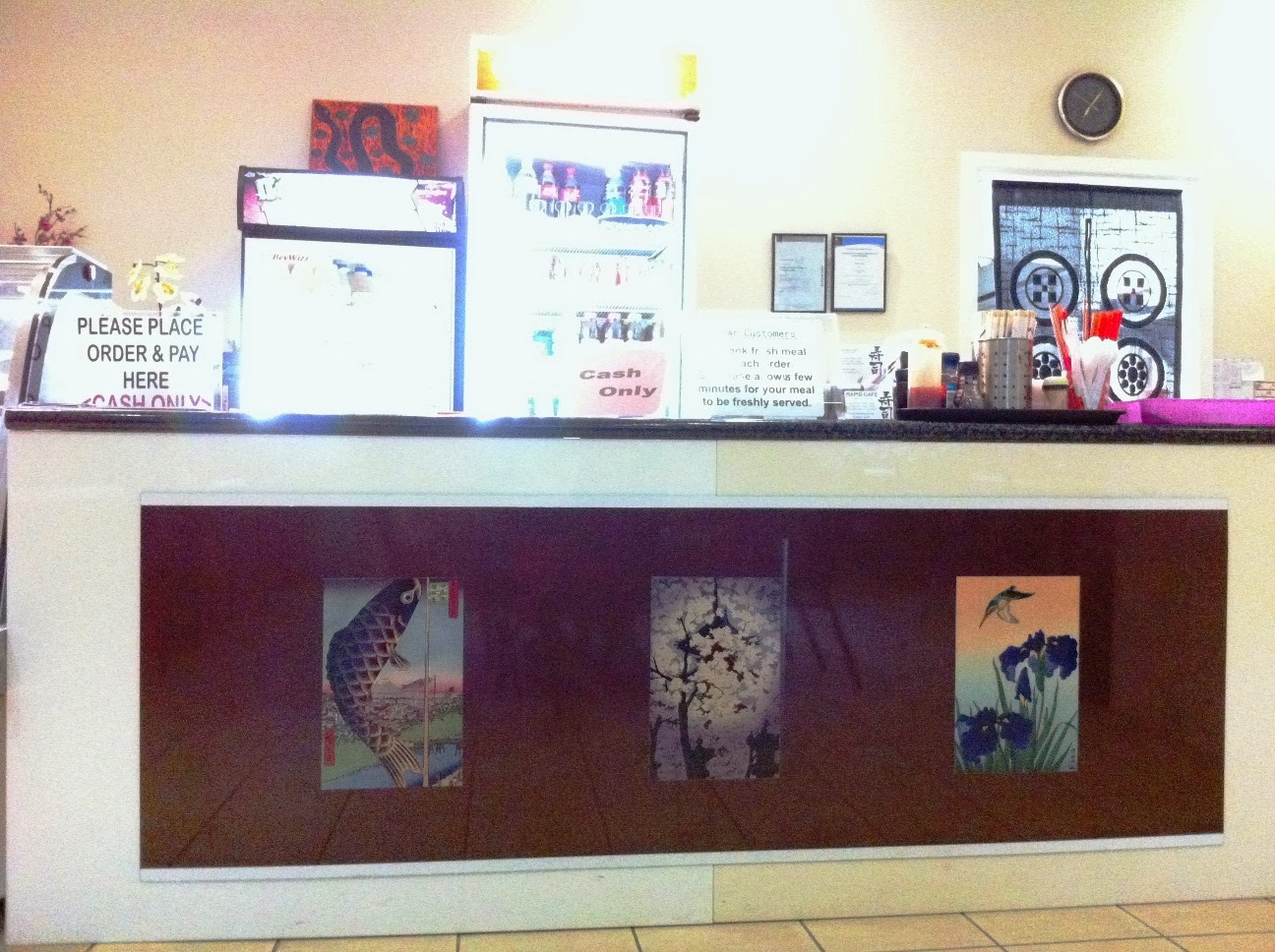 The layout of the shop is simple and nothing fancy. The store seems a bit small for the number of people (both dine in and takeaway) that tend to come, and waiting times can be quite long. Another thing to note is the limited opening hours. The shop is only open until around 8pm and is closed all day on Sundays.

Rating: 4.5/5 I love the unpretentious dishes cooked on the spot - especially the variety of freshly fried chicken dishes (chicken katsu, chicken kaarage and teriyaki chicken). It's also refreshing to have a decent salad that comes with the meal, and healthy choices such as the oyakodon. Overall it's definitely one of my favourites in the Northern suburbs and a welcome break from the monotony of food choices at Casuarina shopping square.

Posted by bitingtravels at 2:00 AM